“Freezing is freezing” – whether it’s the sub-zero temperatures of the Midwest, or the current 22 degrees here in Arkansas. And this winter, pressure washing contractors from almost every state – Florida included – have experienced an unusual amount of freezing temperatures. Those in the Midwest and north are more familiar with how to take care of their pressure washers in winter, but many of those in the South are a little lost. (I just read a post last week of a Louisiana-based contractor whose pump broke due to the cold weather, something he’d never worried about before.)

“This is the time of year that we get tons of calls from equipment owners across the South needing to replace pumps, burners and other broken parts because they are not used to the low temperatures and don’t properly protect their equipment,” explained Aaladin Service Manager Tim Irwin. “No matter where you are located, if you have water in your pressure washer and it freezes, that’s never good.”

While, in theory, this insane cold season will soon be over, that is really just an assumption. (Here in Little Rock, we are expecting yet another snow this very afternoon – crazy for our area!) So in order to prepare your equipment for the busy season, you’ve got to first take care of it during the cold season.

ALL WINTERIZING IS NOT EQUAL

The fix for protecting your equipment – i.e., “winterizing” your pressure washer – is relatively simple, but all winterizing is not the same. Winterizing basically consists of emptying your machine of all water, then replacing the water with antifreeze. Let the antifreeze fill the pump, pull the trigger gun to get it into the entire system, then run until you see green coming out the gun.

Some contractors choose to let their equipment hibernate over the winter in heated buildings. (I even met one Pennsylvania-based contractor who stores his in an abandoned mine.) But according to Irwin, storing simply isn’t enough. You still need to drain the machine of water then fill with antifreeze – whether you are storing your equipment for the winter, or whether a cold snap is simply passing through.

Now, about antifreeze. A lot of guys opt for the cheapest option they can find – including windshield wiper fluid – but according to Irwin, this is not the best option. “It’s more expensive, but you really want to use antifreeze that contains glycol,” he stressed. Glycol acts as a lubricant and protects all your equipment’s moving parts. “By using antifreeze with glycol, your equipment will be ready to run immediately when you pull it out in the spring.”

Now, to save some money – especially for those who only need to winterize for short periods of time – you can collect the glycol-based antifreeze by running it out into a jug, then reuse it during the next cold snap. “You’re going to lose a little bit of the quality each time you do this, but it should work for awhile,” Irwin Added

If you winterize using windshield wiper fluid or a cheaper antifreeze, your check valves will likely stick. “This means when you pull out your machine and fire it up for the first time, your machine is going to make noise but not move any water,” Irwin explained. “This is fixable by popping the check valves back out, but it’s going to require a 20- to 30-minute phone call to learn how to do it, then a little work on your part,” Irwin said. “By using a glycol-based antifreeze, stuck valves are not a problem.”

While your equipment is in storage, you also want to protect your equipment from rodents, which means you need to cover your burner. “You can get some sort of cover for this, or even just place an upside coffee can over the burner,” said Irwin. “The point is that you want to prevent it from being exposed to the elements.”

GETTING YOUR EQUIPMENT READY TO GO

Whether you do it now – during the cold season – or right before your busy season picks back up, there are also some simple maintenance tasks to implement before you get out and hit it hard.

“Now is a good time to change the oil in your pump and engine, as well as the filters on your burner and engine,” Irwin added. “Then check your hose for any worn spots. You don’t want to be ready to roll in the spring only to find you can’t work due to some basic maintenance issue.”

As Irwin explained, the primary thing to remember is this: you have invested thousands of dollars in quality equipment. Make a little extra effort and pay a few extra dollars to care for your equipment the proper way during the cold season. Then when the sun finally comes out and the season picks up, you will be ready to roll without a hitch. 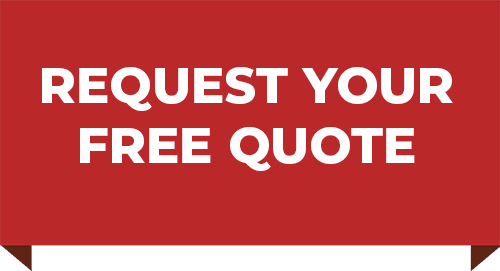 Thank you! Your submission has been received!
Oops! Something went wrong while submitting the form.
CALL FOR A FREE QUOTE

Our key to success is a blend of high-quality client care, time-honored practices, rigorous personnel training, and our better equipment purchase policy. You can count on us to clean up the exterior of your home or business.

We are the highest rated Virginia Pressure Washing company in the area.

We guarantee that no one else in our area will provide a better service.

We care about the details and use the proper amount of pressure to clean each service. Expect perfection!

WE ALWAYS ANSWER YOUR CALLS

One of our friendly staff members will promptly answer your call.